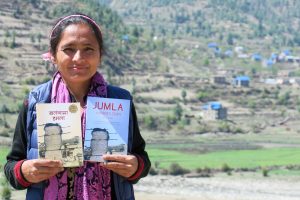 6 April 2020 was a significant day as the UN Secretary General urged to address Gender-Based Violence (GBV) following the announcement of the COVID-19 pandemic by WHO on 11 March 2020. GBV is considered a `shadow pandemic’ that skyrocketed (30-60%) during this period due to interruptions of ongoing activities and services including counselling, one stop crisis centres, legal services etc., and because of lockdown and travel restrictions. The marginalized groups – migrant and unpaid care workers, persons with disabilities, LGBTQI, etc. – were impacted more. It is a serious concern that also took place during the Ebola epidemic and other crises where States failed to address structural gender inequalities in response. They are primarily focused on the curative aspects instead of addressing underlying causes as rhetoric. Even in humanitarian crises, the principles of preventive and curative care have to work simultaneously.

None of the rapid assessments or disaggregated data reveal the menstruators and their preference, as well as illness associated with menstruation (Paudel, Radha; Regmi, Anupa; Adhikari, Mili;, 2020). Likewise, the SRHR assumes the menstrual part is automatically included. It’s written “menstruation” everywhere but nowhere except in an entry for the entire SRHR.

Indeed, menstrual taboos, stigmas, restrictions, and discrimination prevail across the globe with variations in names, forms, severity, visibility, and publicity, regardless of class, caste, religion, region, etc. For instance, even calling menstruation `feminine,’ `hygiene,’ `sanitary,’ `period,’ ‘moon,’ `wisher’ etc. as alternatives still are taboo. Symbolically, the discrimination is deeply embedded and menstruators often experience dehumanization, domination, and deprivation. Menstruation is beyond the 5 days of bleeding or 7 years of reproductive age – it impacts at all aspects of menstruators’ lives and even after death in some cultures. More importantly, the menstrual practice is simultaneously identified as cause and effect for many kinds of GBV, such as child marriage, Intimate Partner Violence, etc. since the beginning of the human civilization (Dignified Menstruation, 2020). Unfortunately, it is overlooked and has been silenced in a course of feminist human rights development globally.

The UN Secretary General urged to make homes safe but, how can it be possible without having dialogue on dignity during menstruation? Indeed, menstrual practices play a vital role in constructing and shaping the power that create unequal gender norms. Between the ages of 6-12 years, even without menstruating, girls consider themselves as `impure,’ `powerless,’ and `disadvantaged,’ meanwhile, boys consider themselves as `pure,’ `powerful,’ and `privileged’ (Dignified Menstruation, 2020).  Eventually, girls became victims and boys became perpetrators.  In order to make homes safe, the dialogue on dignified menstruation (dignity during menstruation) is crucial beginning as early as childhood. Dignified menstruation is a `state of free from all forms of abuses, discrimination and violence associated with menstruation’. Unfortunately, it remains neglected including during the COVID-19 pandemic. The abuses, discrimination, and violence menstruators face has yet to account as a form of SGBV. The UN acknowledged it because SGBV is defined as `any harmful act against person’s will’. In addition, menstruators are everywhere during COVID-19, in response to isolation, quarantine, ICU, front line workers, cleansing workers, etc. As a result, many cases reported in China, India, Nepal, and Chile, where menstruators take menstrual suppressants, are reported to use the same diaper or pad for more than 12 hours. On the other hand, since 2012, when the UN started to talk about menstruation, they basically focused on hygiene, which is an important element of dignified menstruation, but does not guarantee dignity during menstruation. Thus, menstruators experience layers of discrimination due to an inevitable natural menstrual phenomenon because of silence everywhere. Using the word, “dignity” should not just make menstruators free from any forms of abuses, discrimination, and violence associated with menstruation. It demands sets of activities because menstruation is a complex and multifaceted phenomena that constructs and shapes power throughout people’s lives, therefore the hygiene, tax, or free distribution of products is cliché, but does not fully touch on all the menstrual issues indeed. In order to address all aspects of menstruation through a human and political rights lens, the acknowledgement of dignified menstruation is an urgent call to eliminate GBV, promote SRHR, and promote human rights in a real sense. Nepal and a few other countries are working relentlessly to promote dignified menstruation, including celebrating 8 December as a day for 16 days activism since 2019. It’s high time to acknowledge menstruation and dignity during menstruation.