Indigenous women endure structural gender and race discrimination in the world of work. In many countries, a disproportionate number of domestic workers and informal workers are indigenous women, which increases their vulnerability to violence due to the nature of these activities. Due to their identity, rural origin, gender, age and other factors, they also are denied justice when their human rights are violated in the world of work, including when they face gender-based violence and sexual harassment.

To discuss these important issues, the Feminist Alliance for Rights, the Continental Network of Indigenous Women of the Americas (ECMIA), the Center for Women’s Global Leadership (CWGL), the United States Human Rights Network (USHRN), Chirapaq, and the UN Working Group on discrimination against women and girls co-sponsored a side event at the UN Permanent Forum on Indigenous Issues (UNPFII) 2019. This side event was organized just few months after a new international instrument from the International Labor Organization (ILO), the Convention 190 on Violence and Harassment, was adopted in June 2019. Thus, the side event was focused on the new instrument, which include measures to prevent and address structural discrimination and violence against indigenous women in the world of work.

To demand access to social, economic and cultural rights, including labour rights, indigenous people’s actively engage with international bodies and mechanisms. An interesting issue mentioned during the session was that indigenous people’s organizations preferred advocacy channels are the Permanent Forum on Indigenous Issues , the Expert Mechanism on the Rights of Indigenous Peoples, and the Special Rapporteur on the rights of indigenous peoples.  The panelists discussed the importance for indigenous women’s activists to expand and strengthen their advocacy strategies by engaging with women’s rights mechanisms such as the Working Group on discrimination against women and girls and the Special Rapporteur on violence against women) to amplify indigenous women’s voices and influence human rights standards that these mechanisms contribute to develop.

Finally, CWGL took the opportunity to share how the 16 Days Campaign has been raising awareness towards the ratification of the new ILO instrument. Founded by CWGL in 1991, the 16 Days of Activism Against Gender-Based Violence Campaign has been used as an organizing strategy to ensure women’s rights are recognized as human rights, and to call for the elimination of all forms of gender-based violence around the world. More than 6,000 organizations in 187 countries have participated in the 16 Days Campaign, reaching 300 million people. It was concluded that the 16 Days Campaign is an additional advocacy tool that indigenous women’s can utilize for their own demands.

We are grateful to Rosalee Gonzalez, a Steering Committee member of FAR, and Tarcila Rivera, a member of the Permanent Forum on Indigenous Issues, for their tremendous support and leadership organizing this meeting. 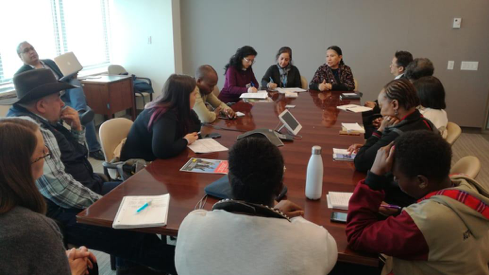 Time to Hold Feet to the Fire: Human Rights in the US

A report of the first US regional meeting of the Feminist Alliance for Rights (FAR) Twenty representatives of women’s organizations from 12 states came together at Rutgers University in February to discuss and strategize around how social justice movements in the United States can engage with international human rights tools and measurements. The group included community organizers, academics, lawyers, and […]

“You Only Get What You Fight For!”: Siva Thanenthiran

Siva Thanenthiran is currently the Executive Director of ARROW in Malaysia. Prior to that, she explored different career choices in her life, which included teaching at a university, running a magazine across three countries and working for the United Nations. Her myriad work experiences helped her discover her passion for writing and learning and form her ideals of working in […]