FAR is governed by an international Steering Committee comprised of women’s rights advocates from MENA, Africa, Asia, South Pacific, Latin America, the Caribbean, the indigenous community in North America, Europe, and the Center for Women’s Global Leadership’s (CWGL) Executive Director. The Steering Committee meets annually in one of the world regions and, as whenever the opportunity presents, during the annual gathering of the Commission on the Status of Women (CSW) in New York.

Dr. Abiola Akiyode Afolabi is the Executive Director of Women Advocates Research and Documentation Centre (WARDC) and is a prominent voice of the feminist movement in Africa. Dr Afolabi is the Chairperson of the Transition Monitoring Group (TMG), which is the largest civil society coalition on elections in Nigeria, and she is also the Acting Secretary for West African Law and Religion Society (WACLAS). Dr. Afolabi specializes in Peace and Security, Gender and the Law, Human Rights, and Democratic Governance. She has undertaken several national assignments on the review of relevant laws affecting elections and good governance in Nigeria. As a prominent member of the Bring Back our Girls (BBOG) movement, she leads the campaign for safe and secure schools in North East Nigeria. Dr. Afolabi lectures at the University of Lagos with several academic publications to her credit. 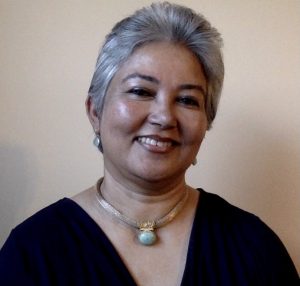 Krishanti Dharmaraj is the Executive Director of the Center for Women’s Global Leadership. She is a feminist and human rights activist with over 25 years of experience working to advance the rights of women and girls. Previously, Dharmaraj was the Western Regional Spokesperson for Amnesty International USA. She is also the co-founder of WILD for Human Rights (Women’s Institute for Leadership Development) and the Sri Lanka Children’s Fund. Under her leadership, San Francisco became the first city in the U.S. to pass legislation implementing an international human rights treaty. She has also served on the Board of Directors of Amnesty International, Women, Law and Development, Horizons Foundation, and the Center for Asian Pacific Women. Dharmaraj has an MBA from the Haas School of Business, University of California, at Berkeley. 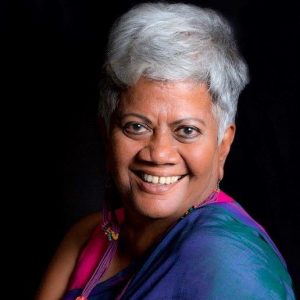 Priyanthi Fernando is a feminist social development and communications professional with over 30 years of working in development and as a women’s rights activist. She is currently the Executive Director of the International Women’s Rights Action Watch, Asia Pacific, and is based in Kuala Lumpur, Malaysia. She has led many different organizations, including a grassroots women’s organization in Sri Lanka, a global network specializing in rural transport, and a poverty focused research organization. Fernando has a Master’s Degree in Mass Communications from the University of Leicester and a Bachelor’s Degree in Sociology from the University of Peradeniya, Sri Lanka. 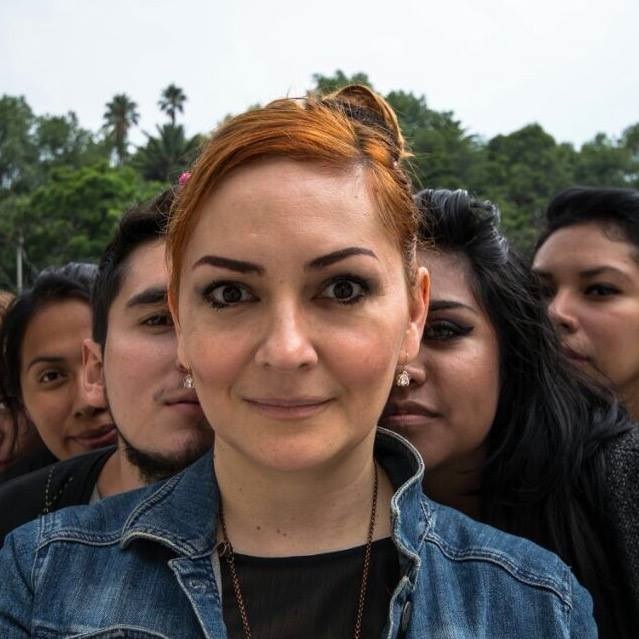 Margarita Guillé is a Mexican social activist. She studied Media Mass Communication and has two master’s degrees in Mexican Literature and in Political Communication from the University of Sheffield, England. She also has a Diploma in Gender, Public Policies and Local Agendas. She is the founder of the Inter-American Shelter Network (2006), the Global Refuge Network (2008) and a co-founder of the Mujeres Agentes de Cambio in Argentina (2012). She founded ITA in 2011, which is a boutique for social projects dedicated to publishing, film/audiovisual production, and coaching. From 2008-2013 she acted as an substitute-expert to the Organization of American States regarding the Belém Do Pará Convention. 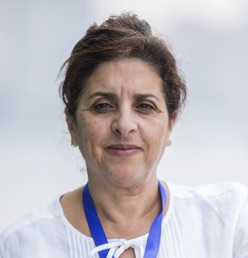 Fatima Outaleb has over 27 years of experience in national and regional women’s issues with a special focus on gender mainstreaming and women’s empowerment. Outaleb is the Mena representative for the Global Network of Women Shelters. She is a founding member of the Karama network, and a focal person and gender advisor of many national, and international human rights organizations, and regional networks. Outaleb has published several publications on gender-based violence, and contributed to many toolkits and briefs on women’s rights in the MENA region. 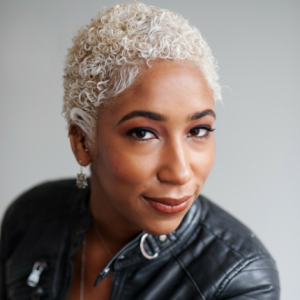 Alicia A. Wallace is a queer Black feminist, gender expert, and research consultant. She is the Director of Equality Bahamas which promotes women’s and LGBTQ+ rights as human rights through public education, community programming, and advocacy. Her work includes a two-year educational campaign ahead of a national referendum on gender and citizenship, the design and coordination of  a month-long event series that brought women together to share ideas and knowledge called Women’s Wednesdays, and management of a disaster relief donation and distribution center. She produces The Culture RUSH, a monthly newsletter fusing social justice and pop culture, and Scorch, which makes feminist academic theory more accessible. Wallace is interested in issues of identity and power and co-creating Black feminist futures. 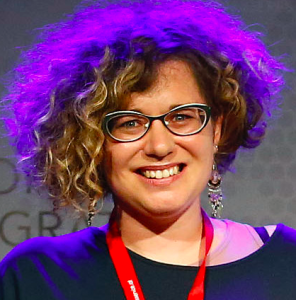 Magda Szarota is a disability and human rights advocate, disability studies researcher and NGO executive. She has lived and worked in Asia, Europe and the US, and is considered one of the pioneers of the disabled women’s movement in post-socialist Poland. Magda co-authored the first shadow report to the UN CRPD Committee on the situation of Polish girls and women with disabilities, and successfully advocated on their behalf during the 20th session in Geneva in 2018. In 2019, she was awarded the prestigious Ambassador of the UN CRPD title which was presented by the Polish Ombudsman, professor Adam Bodnar for “educational, scholarly and activist initiatives aiming at the realization of the human rights and the UN CRPD.” She is a Board Member of Humanity in Action Poland and a Founding Member of Artykuł 6 (a Polish feminist disability rights collective). Magda is a doctoral candidate at the Lancaster University and a recipient of merit-based scholarships from the Kosciuszko Foundation and Yale University.