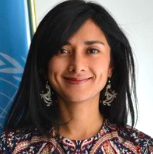 Anya Victoria Delgado leads the operationalizing of FAR’s activities with the Center for Women’s Global Leadership (CWGL), FAR’s Global Coordinator. Anya holds a Law degree from Universidad Panamericana in Mexico, and an LL.M. degree from the University of Notre Dame in the United States. She  worked as Snr. Protection Associate at the UN High Commissioner for Refugees (UNHCR), as Project Assistant at the Office of the High Commissioner for Human Rights (OHCHR), both in Mexico City, and as a consultant for the Economic Commission for Latin America and the Caribbean (ECLAC) in Chiapas, Mexico. Anya was a fellow in the Rapporteurship on the Rights of Women of the Inter-American Commission of Human Rights (IACHR). Anya also collaborates with the Women’s Human Rights Education Institute as Director of Programs in Latin America.

Melissa Upreti is an advisor to FAR. She is Senior Director of Program and Global Advocacy at the Center for Women’s Global Leadership (CWGL), where she oversees and provides strategic guidance on the development and implementation of program initiatives and advocacy strategies.  She is also a member of the UN Working Group on discrimination against women and girls. Melissa received her LL.M. from Columbia Law School. She led the conceptualization and launch of the South Asia Reproductive Justice and Accountability Initiative. She has worked closely with regional mechanisms to advance women’s reproductive rights including the South Asian Association for Regional Cooperation and played a key role in bringing about the adoption of the Kathmandu Call for Action to End Child Marriage in South Asia in 2014. 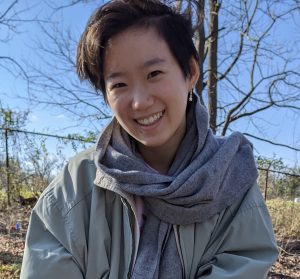 Angela Son is the FAR Program Intern and is responsible for creating and disseminating content by global activists to further the reach of FAR’s initiatives on online platforms. Angela is a student at the Rutgers School of Arts and Sciences, majoring in Women & Gender Studies and minoring in Labor Studies. Angela is interested in grassroots organizing and has worked with groups such as United Students Against Sweatshops and End Assault at Rutgers.